Our 2021 Seattle Reads selection was The Vanishing Half by Brit Bennett. We hosted a virtual program with Brit Bennett in October 2021.

About "The Vanishing Half"

The Vignes twin sisters will always be identical. But after growing up together in a small, southern Black community and running away at age sixteen, it’s not just the shape of their daily lives that is different as adults, it’s everything: their families, their communities, their racial identities. Many years later, one sister lives with her Black daughter in the same southern town she once tried to escape. The other secretly passes for white, and her white husband knows nothing of her past. Still, even separated by so many miles and just as many lies, the fates of the twins remain intertwined. What will happen to the next generation, when their own daughters’ storylines intersect?

Weaving together multiple strands and generations of this family, from the Deep South to California, from the 1950s to the 1990s, Brit Bennett produces a story that is at once a riveting, emotional family story and a brilliant exploration of the American history of passing. Looking well beyond issues of race, The Vanishing Half considers the lasting influence of the past as it shapes a person’s decisions, desires, and expectations, and explores some of the multiple reasons and realms in which people sometimes feel pulled to live as something other than their origins.

View this book in our catalog 'The Vanishing Half' Discussion Guide 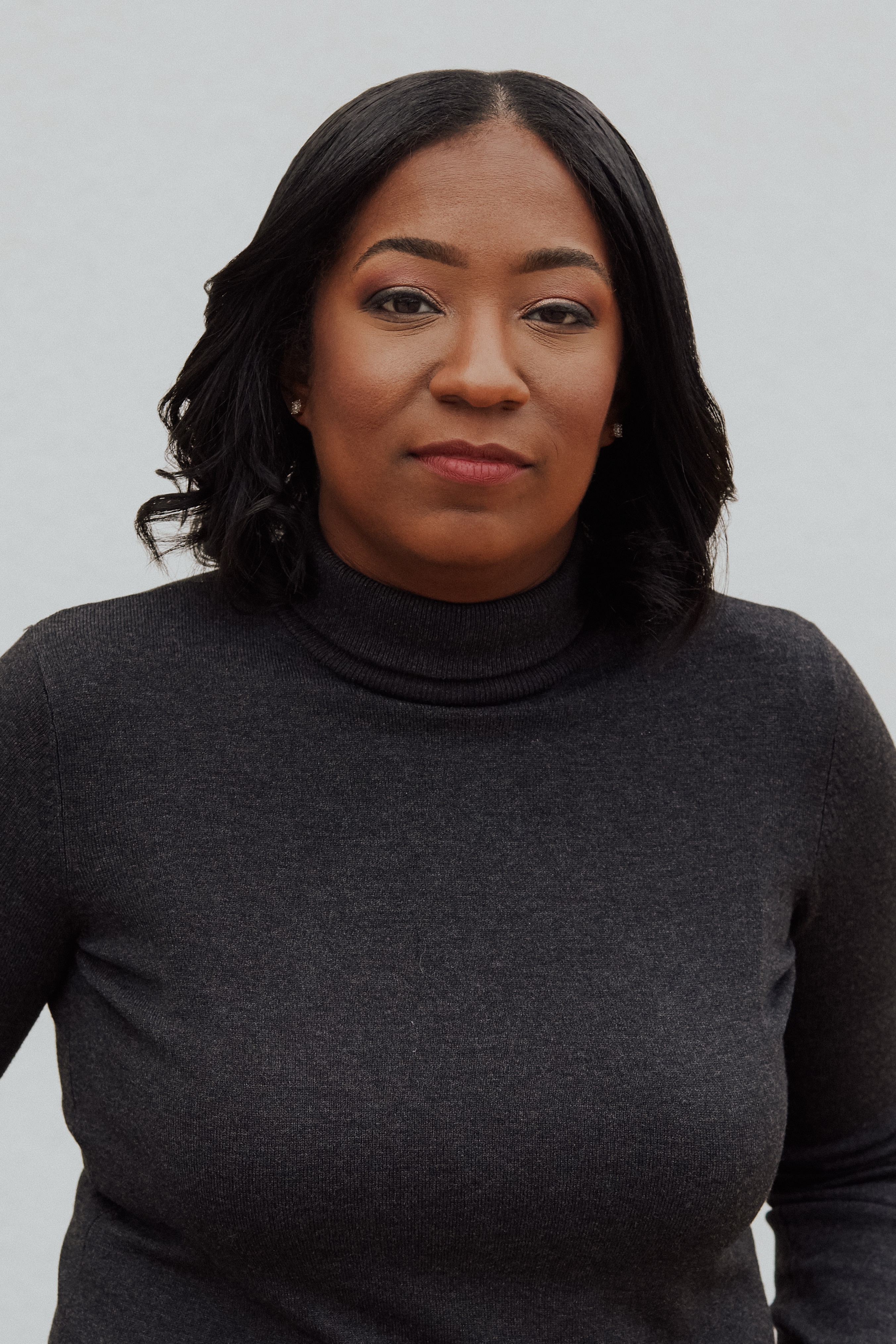 Born and raised in Southern California, Brit Bennett graduated from Stanford University and later earned her MFA in fiction at the University of Michigan, where she won a Hopwood Award in Graduate Short Fiction as well as the 2014 Hurston/Wright Award for College Writers. Her work is featured in The New Yorker, The New York Times Magazine, The Paris Review, and Jezebel. She is one of the National Book Foundation’s 2016 5 Under 35 honorees. 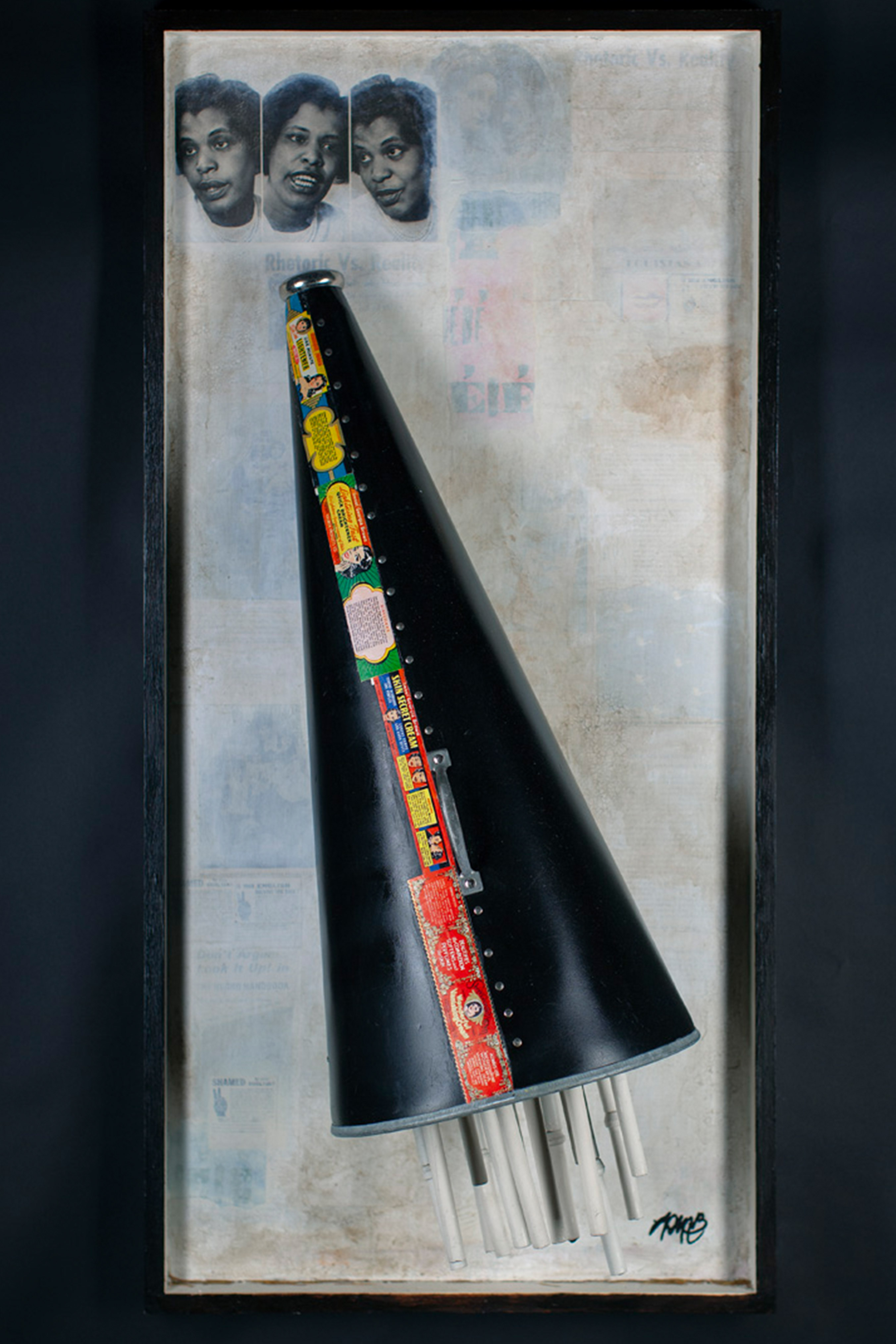 Each year, Seattle Reads invites a local artist or performer to consider the selected title and create a work of art in response.  Lisa Myers Bulmash was invited to create a work informed by “The Vanishing Half,” the Seattle Reads selection for 2021. Her piece “See Hear Speak” was on display at our Douglass-Truth branch.

“See Hear Speak” is an assemblage sculpture; you might think of it as a collage artwork in 3D. The artist interpreted the novel’s depiction of whiteness as a tool which insulates people from harsh realities. This idea brought to mind the proverbial “see no evil, hear no evil, speak no evil” trio of monkey figurines. She then found an antique camera, an ear trumpet (an old-fashioned hearing aid) and a bullhorn to represent sight, hearing and speech. The white porcelain tubes are called insulators; in older homes, they were used to isolate electrical wiring and prevent a house fire.

The backgrounds of the sculpture also explore whiteness as an ideal one might achieve by buying the “right” retail products. Myers Bulmash created collages of vintage ads for skin bleaching creams and speech lessons; she also added old book pages that refer to skin and “natural” beauty.

"See Hear Speak" is now in our Special Collections.

Lisa Myers Bulmash is a collage and book artist who works primarily in acrylics, paper and found objects. Informally trained, Myers Bulmash began her career making handmade cards. After her father’s death in 2006, the artist felt compelled to take more personal risks in her creative life. Questions of identity, trust and the imperfect memory now drive most of her work. The artist aims to nudge the viewer into recognizing our shared stories, especially those narratives that are usually experienced in isolation.

Collage work by Myers Bulmash resides in the city of Seattle’s art collection (which includes art by Dale Chihuly and Kara Walker), as well as four other municipal and institutional collections. The artist has received grants from the Jordan Schnitzer Family Foundation and other arts benefactors. Her work has also been featured in the Seattle Times, on Seattle TV stations and in the Washington Post.

Seattle Reads is a city-wide book group, where people are encouraged to read and discuss the same book. It’s designed to deepen engagement in literature through reading and discussion. Everyone is invited to participate in Seattle Reads by reading the featured book, joining in a book discussion, and/or attending programs with the featured writer.

Seattle Reads The Vanishing Half is presented in partnership with the African American Writers’ Alliance, LANGSTON, Northwest African American Museum, and Wa Na Wari. It is made possible by The Seattle Public Library Foundation and The Wallace Foundation, with additional support from media sponsor The Seattle Times, Riverhead Books and Penguin Random House.

We thank our sponsors for their generous support.